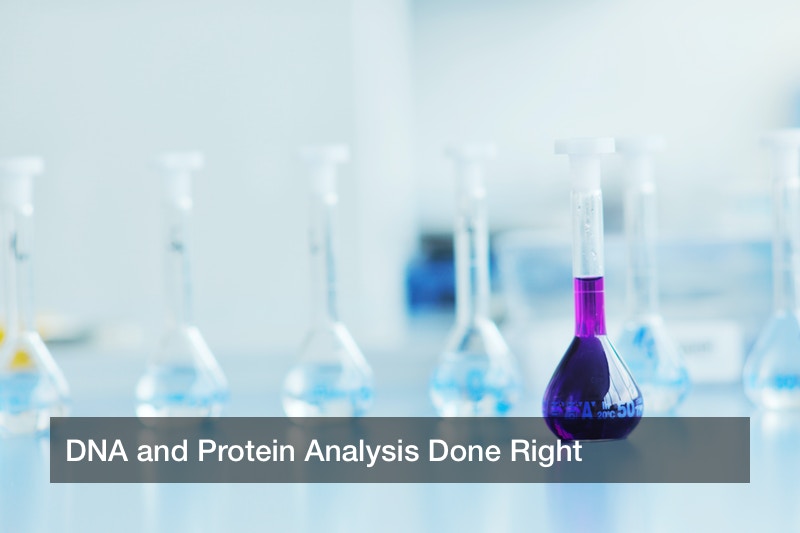 In 21st century medicine, mass spectrometry protein analysis and DNA testing is easier than ever, and DNA profiling can be used to help people find relatives, or help the police identify and track criminals. In fact, biotechnology dates back to the year 1919, though it wasn’t until the late 60s to early 70s that researchers could perform recombinant DNA experiments successfully. meanwhile, DNA profiling has been used for handling criminal cases for over 30 years now, and the Combined DNA Index System (CODIS) has profiles of over 16 million criminals and over 750,000 different crime scenes. A DNA profile is made from a list of numbers, and those numbers will show how many repeats are present in each copy of 20 different marker regions. And in the early 2000s, a complete human genome was mapped out for the first time, and by now, this technology is much cheaper and faster.

But what about mass spectrometry protein analysis? This process allows scientists to study proteins and accurately gauge their mass and characterization. This is done for elucidating protein complexes, tracking their subunits and their functional interactions, and taking global measurements of proteins during proteomic work. Two particular methods are used to do this: ESI, or electrospray ionization, and MALDI, or matrix-assisted laser desorption/ionization. Both ionization techniques are used alongside mass analyzers (tandem mass spectrometry, for example), for analysis.

One approach is a “top down” method, in which proteins are analyzed intact, or scientists can use the “bottom approach.” In that case, proteins are first digested into fragments. But there is also a third route, called “middle down,” where larger peptide fragments can be analyzed as well.