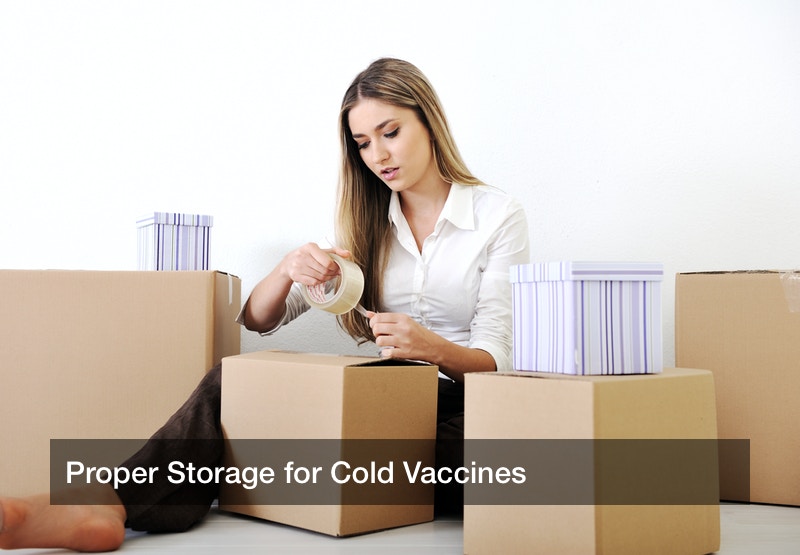 A number of discoveries and inventions have rapidly advanced the field of medicine, from microscopes to germ theory to sterilization techniques to kill off bacteria on the surface of items. But don’t forget vaccines, which have been protecting lives from deadly viruses for well over 200 years by now. In fact, a number of viruses have been declared extinct, or at least become very rare, owing to the power of vaccines. Still, these vaccines need proper storage, and they are rather delicate. This is why medical grade refrigerators and vaccine freezers are a common sight at hospitals and research labs, from huge medical grade refrigerators with hundreds of vaccines inside to petite benchtop freezers for a small lab to use. Vaccine refrigerators differ from regular fridges and freezers in a few important ways.

The very concept of vaccines is an old one, and vaccines as we know them were first pioneered at the end of the 18th century. In 1796, the British scientist Edward Jenner developed what he dubbed the “arm to arm” inoculation method, and it involved extracting a tissue sample from a cowpox patient’s skin blister and transferring it to the skin of a second patient. In this way, the second patient’s immune system was trained to recognize and fight off such viruses, and thus, vaccines were born. For the next 200-odd years, vaccines continued to be developed, spread, and used, and by the 1940s, they entered mass production for the first time. Many of them were designed for common viruses of the decade, such as smallpox, tetanus, whooping cough, and diphtheria. By now, even more viruses are blocked with vaccines, such as Polio and measles.

Everyone, from children to the elderly, needs vaccines. Children can and should be inoculated against many common illnesses early in their lives, so their young immune systems get a much-needed boost for protection. Adults can visit urgent care clinics for updated shots during flu season, and the elderly can get shots to bolster their age-worn immune system and prevent the spread of diseases in crowded retirement homes.

Many statistics show just how effective vaccines are. From the year 2000 to 2014, for example, the yearly death toll from measles dropped from 546,800 to 114,900, which is an impressive 79% decrease in just 14 years. Also, the WHO and the Measles and Rubella initiative believe that the measles vaccine has saved 17.1 million lives or so since the year 2000. And as a whole, vaccines prevent close to 2.5 million unnecessary deaths every single year (as in, deaths that can be prevented if possible). But still, proper storage is needed so that vaccines can perform this work, such as in medical grade refrigerators. How does that work?

Medical grade freezers and fridges are specially designed to store vaccines, tissue samples, and other delicate medical items with care, and they are available for purchase from wholesale medical suppliers. They contain racks and storage shelves for vaccines and other items, and they can carefully maintain their internal temperature to protect those items, even when the doors are opened. This contrasts with commercial freezers and fridges, which are designed to store food and drinks and have unacceptable temperature changes when their doors are opened. As for the temperature inside, CDC guidelines say that frozen vaccines need a temperature ranging from -58 to 5 degrees Fahrenheit, or -50 to -15 degrees Celsius, for optimal results. Inside medical grade refrigerators, a temperature of 40 degrees is recommended, or 5 degrees Celsius.

It is usually the staff at a hospital, urgent care center, or research lab who need to buy medical grade refrigerators and freezers, and they can be found via online catalogs. Gently used ones can be found from secondary sellers for a discount price, though the buyer is urged to look over these used models in person and check them for problems before making a purchase. Also, these medical grade refrigerators and freezers vary in size, from huge freezers that a hospital would need for a flu drive, all the way to petite benchtop freezers for a small research lab’s staff to use. Some medical freezers are under-the-counter models, like a dishwasher, to save room in a lab with limited space.