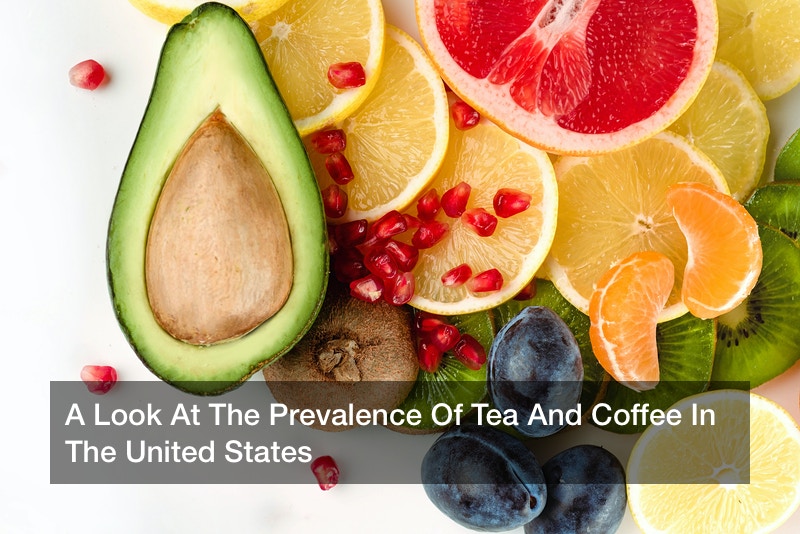 Tea and coffee are both hugely popular drinks seen all throughout the United States. Coffee, in fact, is consumed on a daily basis by more than half of this country’s adult population. And an additional 30% of people in the United States consume coffee on an occasional basis even though they don’t have it every single day. Most people who are regular drinkers of coffee will have it a number of times throughout the day as well, with the average daily consumption of coffee sitting at just over three cups.

Tea is also a very popular beverage – not just in the United States but in the world as well. In fact, even larger tea drinking populations exist outside of the United States. Black tea is the most prominent type of tea that is consumed on a global scale, even making up more than three quarters of all tea consumption on this planet. Green tea, which amounts to up to one fifth of all world-wide tea consumption, is also a popular choice. Tea can be a good option for those who still want a little bit of caffeine, but less than what a cup of coffee would provide.

For those who are particularly sensitive to caffeine, green tea is likely to be the best choice. This is due to the fact that a single cup of green tea is wholly unlikely to contain more than 45 milligrams of caffeine (in an 8 oz amount). Depending on the specific green tea in question, you might even be able to enjoy a cup of green tea for as little as 20 milligrams of caffeine per cup. For many people, this is the perfect amount. For pregnant mothers, who still want caffeine but want to limit the amount that they are taking in, drinking tea instead of coffee can be ideal, especially when it comes to green tea. Matcha presents yet another option in this regard.

Getting cold brew and iced coffee at a local coffee shop has also become very trendy. This is especially true when it comes to cold brew. However, cold brew and iced coffee have both actually been around for an incredibly long period of time. As a matter of fact, the data that has been gathered on the subject is more than in support of this claim, showing that these types of coffee date back as many as 400 years, first brought into being in the country of Japan and showing up around 200 years ago in the country of Algeria. They have even been commercially available for sale for quite some time in the United States as well – at least since the year of 1965, now more than half of a century in the past, as of the current date.

But while going to your local coffee shop for everything from tea to iced coffee to lattes and drip coffee (and more), becoming a regular at a coffee shop can certainly be expensive at the end of the day. Those looking to save money are likely to make at least a portion of their own coffee right from their very own homes. This means that they will have to buy coffee and tea from their local supermarket. In this regard, coffee and tea packaging become hugely important. For one thing, there are up to 20,000 different products found in the typical supermarket, meaning that all kinds of food packaging, including coffee packaging and tea packaging, must compete to stand out.