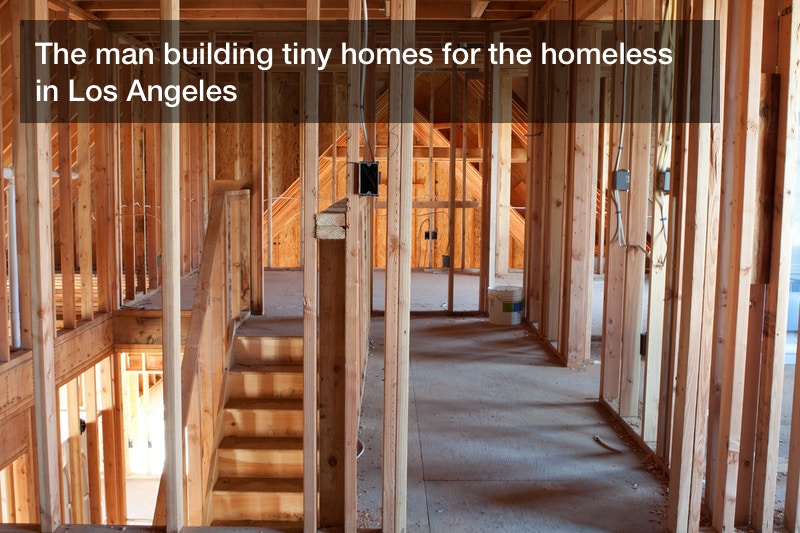 It is everyone’s wish and desire to have the three basic needs; food shelter and clothing. No one desires to lack any of them, especially shelter in a rich country. In the video “the man building tiny homes for the homeless’ we learn of a home crisis in Los Angeles. Has it ever hit your mind that a person in Los Angeles would lack a place to stay? If you did not, now you do; the mayor has even declared a home crisis in his state. It gets more complicated when the state’s industrial processes are being undertaken, for instance, during the cleaning of the streets. As important as this process is, it has led to the instability of most people shelter wise.

How does one become homeless?

There are various ways one would find themselves homeless. Lack of funds, for instance, would hinder you from having a place to stay. In Los Angeles, for example, the housing is hardly affordable, leading to a home crisis. Many people cannot raise the expected amount of money to earn them or keep them in their houses. Being homeless can be as a result of the eviction. Different places have experienced evictions some with notice and some without, in the case of L. A, for example, people with temporary homes on the streets are from time to time made to vacate where they live.

The state has a cleaning program to keep the streets clean. Before the commencement of this activity, people are given prior information. However, not everyone gets the news. As a result, some people who call their streets home find themselves unprepared to vacate where they live, the roads. Also, some people live on the streets that get the information but are not able to move their stuff. Whichever the case, most of these people are forced to move with some becoming homeless.

What are the challenges that come with being homeless?

Having a home will ensure you are safe. How protected are you from the dangers of the streets? Being homeless exposes you to hazards such as exposing your children to drugs. There is a high possibility of experiencing rape or assault for your family. In the end, you develop health problems which can also result from exposure to dirt.

For this and other reason, Elvis has taken it upon himself to build tiny houses for the homeless in L.A. the process, however, faces several problems. The most significant one is the threat of the local authority against the building of those houses. In charity work, the primary issue comes with where to get the resources.

As much as tiny homes are good, Elvis or any other person undertaking charity programs needs to raise funds. There is need to ensure the program meets the requirements that will earn the people comfort ranging from enough space to fit the family members, in line heaters to provide water in the right temperatures and other necessary things for their comfort.